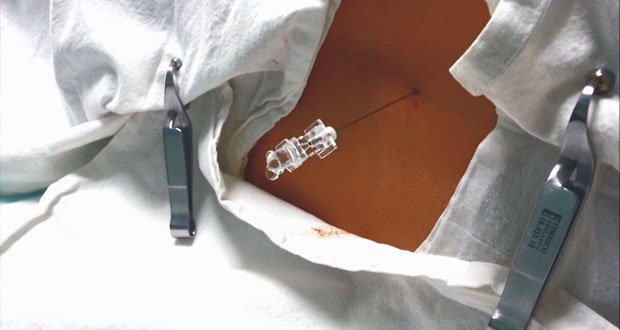 Indications of a Lumbar Puncture

A lumbar puncture (LP, also known as a spinal tap) is a diagnostic and at times, therapeutic medical procedure.

The main diagnostic indications of performing a LP is for collection and evaluation of cerebrospinal fluid (CSF) for diagnosis and exclusion of infectious, inflammatory and neoplastic diseases affecting the central nervous system.

For example, a LP would be indicated in a patient who presents with a few day history of fever, headache and altered mental status. The patient fits into the clinical picture of meningitis, but this would need further confirmation by evaluation of the CSF, which could be obtained via a LP.

Another example is a young woman presenting with recurrent episodes of weakness and numbness. In this case, demyelinating diseases of the central nervous system e.g. multiple sclerosis, is one of the differential diagnosis. Obtaining CSF via a LP would help, as presence of oligoclonal bands in the CSF would support such a diagnosis.

In patients who have a communicating hydrocephalus due to an excessive accumulation of CSF, LPs are often performed to therapeutically remove CSF. Examples would include patients with normal pressure hydrocephalus, where an excessive accumulation of CSF results in classical symptoms of gait disturbances, cognitive impairment and incontinence. One of the diagnostic tests of this condition is called the “tap test” where the patient’s functional status is assessed before and after large amounts of CSF is removed via a therapeutic LP. In other patients with marked increased intracranial pressure due to chronic meningitis, excessive CSF could also be removed to lower the intracranial pressure via a therapeutic LP.